For decades, research has suggested that lithium has unique health benefits. It may help prevent cognitive decline1,2 and may slow the aging process.3-5  Much of lithium’s impact is due to its inhibition of an enzyme in the body known as glycogen synthase kinase-3 (GSK-3). GSK-3 overactivity has been tied to rapid aging and risk for chronic diseases.

Studies suggest that GSK-3 inhibition is largely responsible for lithium’s ability to protect brain function and extend lifespan.3 Lithium may inhibit cellular senescence, an effect that has been shown to increase longevity in preclinical studies.6-8

Even at low doses, lithium intake has been associated with decreased all-cause mortality in humans and increased longevity in roundworms.9 Two studies have found that individuals living in areas with even modest, low levels of lithium in the drinking water tend to live longer.9,10 Small, daily lithium doses (around 1,000 mcg) may be an effective way to slow aging and cognitive decline. 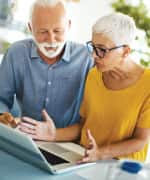 The element lithium is believed to have been created just minutes after the Big Bang, even before the stars and galaxies began to form.11 On Earth, it’s found in nearly all rocks. As water flows over and through rock formations and subsoil, it picks up small amounts of lithium.

For thousands of years, when people drank from natural bodies of water, they took in tiny doses of lithium. Over time, water that had the highest-lithium concentrations became recognized for its health promoting properties. People even traveled hundreds of miles, making pilgrimages to lithium-rich springs.

For instance, Lithia Springs in Georgia, an area of naturally abundant lithium in the water, became a draw for people from all over the country. Prominent figures, from Mark Twain to at least four U.S. presidents, made trips to the springs specifically to drink the water.

In the last century, high doses of lithium—thousands of times higher than those in water—were found to be an effective treatment for bipolar disorder and depression.

And in recent years, scientists have made discoveries that help explain lithium’s wide-ranging benefits.

One of the most important ways lithium benefits the body is by inhibiting the activity of a powerful regulatory enzyme called glycogen synthase kinase-3 (GSK-3).3-5

GSK-3 controls several important functions in cells.But overactivity of GSK-3, which occurs frequently with age, may be harmful. Too much GSK-3 activity could rob cells of the ability to defend themselves against many of the ravages of time.4,12-17 In fact, increased GSK-3 activity correlates with more rapid aging of many tissues and the body as a whole.15,17 The impact is so great, GSK-3 can be thought of as an age-accelerating enzyme.

The link between GSK-3 and aging and disease is so strong that since the 1970s researchers have been developing medications to reduce GSK-3 activity.

These scientists believe that a compound that reduces GSK-3 activity may be effective against age-related disorders such as type II diabetes. 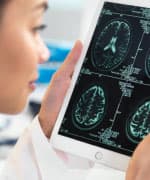 In addition to the well-known positive effects on mood,18 lithium has also been linked with longer overall longevity.

Two studies have found that individuals living in areas with even modest, low levels of lithium in the drinking water tend to live longer.9,10

This pattern has also been observed in people taking high-dose lithium for medical reasons. They generally have lower mortality rates, including lower rates of death due to cardiovascular disease.19,20

Studies in animals have supported these findings and have helped identify the potential biological mechanisms by which lithium extends longevity.

For example, studies in fruit flies and the roundworm C. elegans show that high doses of lithium supplementation lead to longer lifespan.3,6,9 The median survival of the animals in one of these studies was increased by as much as 46%.6

These effects were seen at very high doses, but even at low doses, lithium has been shown to modestly increase lifespan in C. elegans.9

Scientists believe lithium may promote longevity by protecting cellular genetic material from age-related deterioration. It may do this in three main ways:6-8

These mechanisms pack a powerful punch against premature aging and degenerative illnesses.

WHAT YOU NEED TO KNOW

The Wide-Ranging Benefits of Lithium

Lithium and the Brain 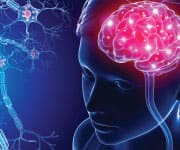 In 2018, researchers studying lithium levels in different counties in Texas discovered that rates of death from Alzheimer’s disease were higher in areas with low levels of lithium in the water.10

This came on the heels of a Danish study that found that higher long-term lithium intake from drinking water may be associated with a lower risk of being diagnosed with dementia.21

Clinical studies of lithium in the treatment of dementia show similarly encouraging results.

In one study, a micro-dose of just 300 mcg of lithium daily significantly decreased cognitive decline in Alzheimer’s patients compared to a placebo.22

A recent review found that cognitive function of individuals with early-stage dementia remained more stable in those given lithium than in those who took a placebo.23

In addition to reducing the elevated GSK-3 activity associated with Alzheimer’s, one preclinical study showed that lithium reduces the build-up of beta-amyloid, the abnormal protein that accumulates and forms plaques in the brains of Alzheimer’s patients.24

Research has revealed many other biological effects in those using long-term, high-dose lithium treatment for medical conditions.5

Scientists continue to discover new benefits of lithium all the time.

Research shows that low doses of lithium ranging from 300 mcg to around 1,000 mcg daily may have a beneficial impact on mental and physical health and possibly increase longevity.

If you have any questions on the scientific content of this article, please call a Life Extension® Wellness Specialist at 1-866-864-3027.

20. Cipriani A, Pretty H, Hawton K, et al. Lithium in the prevention of suicidal behavior and all-cause mortality in patients with mood disorders: a systematic review of randomized trials. Am J Psychiatry. 2005 Oct;162(10):1805-19.