SKU:
LNLG
Bulk Pricing:
Buy in bulk and save

SPECIAL OFFER: BUY 3 OR MORE AND SAVE $5 PER POUCH

What is a Liposomal Supplement?

A new technology, Liposomal supplements are the most potent dietary supplements that you can take orally. Lipo Naturals boosts supplement levels in your body far higher than previously thought possible without an IV. Regular supplement pills, liquids, and powders have an upper limit of bioavailability because of the amount that can pass through the digestive system.

Lipo Naturals encapsulates pharmaceutical-grade dietary supplements in a tiny lipid bubble - called a 'liposome.' This liposome becomes a vehicle for its contents that are easily digested, by-passing the previous oral supplementation limits of regular vitamins. With supplements encapsulated in this way, they're easy on the stomach, easily absorbed, and far more potent than any other high dose supplements. Our customers are finding the benefits of our liposomal vitamin C pretty amazing - and we now have liposomal glutathione! 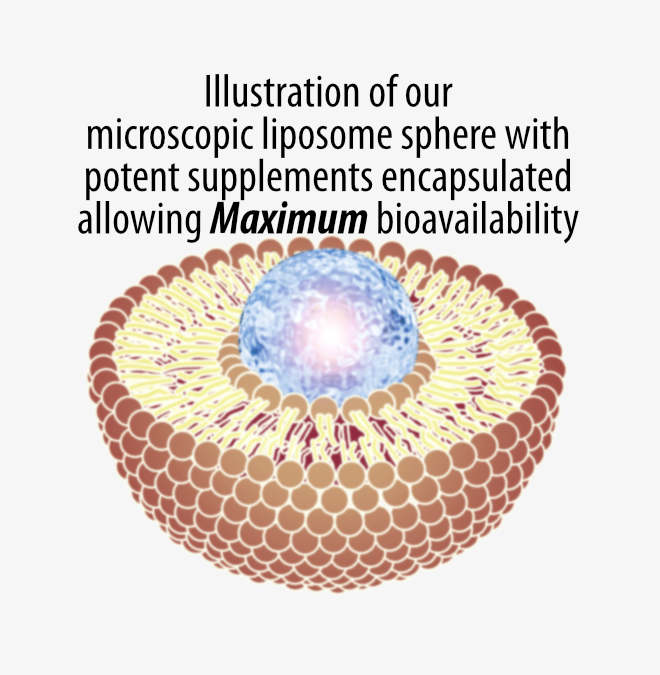 Lipo Naturals is 100% China-Free (Setria from Japan / Quali-C from Scotland), No Artificial Preservatives, No Alcohol, No Artificial Flavors or Sweeteners, and No Soy or other Allergens!

Glutathione is known as the body's master antioxidant – it protects us from environment toxins and helps maintain skin health.  Humans produce glutathione (called GSH) naturally, but levels of glutathione reduce as we age.  Because of observable benefits of higher glutathione levels, people are looking to supplement glutathione. But supplementation is difficult as Glutathione is fragile during digestion... until now: Liposomal Glutathione is the most potent supplementation form of Glutathione (GSH) that you can take orally.  Regular supplement capsules and liquids have an upper limit of bioavailability because of the breakdown of GSH, and amount that can pass through the digestive system.  With Lipo Naturals, you can achieve much higher blood levels of GSH.

Lipo Naturals encapsulates pharmaceutical-grade Glutathione in a microscopic lipid sphere called a 'liposome.'  This liposome becomes a vehicle for its contents that are easily digested, by-passing the previous oral supplementation limits of regular dietary supplements.  We also combine GSH with vitamin C, as this increases the effectiveness of GSH in the blood.  Lipo Naturals Liposomal Glutathione Antioxidant Complex gets GSH into your body where it’s used.

Recommended dosage is one tablespoon of liquid per day of our liposomal formulation containing:

Each pouch contains enough for a month's worth of goodness for a single happy human.

† These statements haven't been evaluated by the Food and Drug Administration. This product isn't intended to diagnose, treat, cure, or prevent any disease. If you're pregnant, nursing, taking medication, or have a medical condition, consult your physician before using this or any other supplement.